Dr Elizabeth Taylor is a Vice Chancellor’s Post-Doctoral Research Fellow in the Centre for Urban Research (CUR). She was previously a McKenzie Fellow in the Faculty of Architecture Building and Planning at the University of Melbourne. Her interests are in policy-focused research across urban planning, housing markets, property rights and locational conflict.

Natalie Osborne is a Lecturer in the School of Environment, Griffith University. Her work is focused on social and environmental justice in cities and the development of more just, resilient and sustainable futures. Natalie has published work on activism and disasters, climate change adaptation and intersectional feminist theory, mining and Indigenous Peoples, mobilities, emotional geographies, and unspeakable planning problems.

She also has a particular interest in the use of alternative epistemologies in planning and geographical research and ethical practices when working with marginalised peoples.

Hayley Henderson is a senior consultant at SGS Economics and Planning. She is also a PhD candidate at the Faculty of Architecture, Building and Planning, The University of Melbourne. Her research is on integrated planning for social change in Buenos Aires and Melbourne.

Her applied work is focused on social policy advice and program evaluation in areas such as community infrastructure, affordable housing, centres planning and urban growth management. Prior to moving to Melbourne in 2013 to start her PhD, Hayley worked as a planner and development consultant in Argentina. She was the president of the International Division of the Planning Institute of Australia between 2012 and 2015.

Dr Beau Beza, Senior Lecturer in Planning in the School of Architecture and Planning, Deakin University

Beau B. Beza is Senior Lecturer in the Planning and Landscape Architecture Program, School of Architecture and Built Environment, Deakin University. He is a co-editor on the book Sustainability Citizenship in Cities: Theory and Practice, planned to be published by Routledge in early-mid 2016.

In this book the concept of urban sustainability citizenship is developed by ‘situating citizens as social change agents with an ethical and self-interested stake in living sustainably with the rest of Earth’. In 2014 he co-edited — and co-authored three chapters to — The Public City (Melbourne University Press, 2014).

He uses a place-making approach and an asset-based and co-production model to realise ‘places’ in urban and rural settings. Through his research, teaching and practice Dr. Beza has worked on projects in Australia, Bosnia-Herzegovina, Colombia, Nepal, Norway, Mexico, the Hashemite Kingdom of Jordan and the USA. 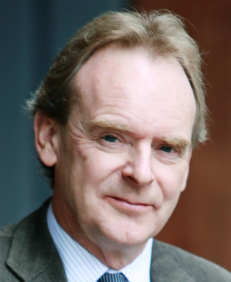 Prof Randolph joined the Faculty of the Built Environment at the University of New South Wales in August 2004 as Director of the City Futures Research Centre.  The Centre is a key part of the only ERA 5 rated urban research concentration in Australia.

At City Futures he leads a research team specializing in housing markets and policy, urban renewal and high density housing, and urban analytics. He was Associate Dean Research for the Faculty between 2009 and 2012.  Bill has 35 years’ experience as a researcher on housing and urban policy issues in the academic, government, non-government and private sectors. 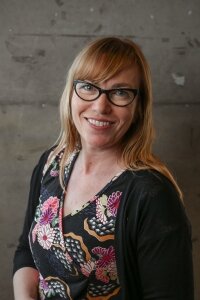 Nicole Gurran is Professor of Urban and Regional Planning at the University of Sydney, where she directs the University’s AHURI (Australian Housing and Urban Research Institute) research centre. She also leads Urban Housing Lab@Sydney, a research ‘incubator’ funded in 2015 by the Henry Halloran Trust. Nicole has authored and co-authored numerous publications including Australian Urban Land Use Planning: Principles, Policy, and Practice, now in its second edition. 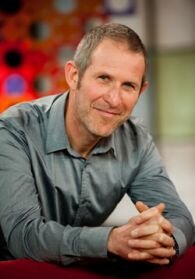 Professor Adrian Franklin trained as an anthropologist in the UK, and has held Professorial positions at the University of Bristol, UK and the University of Oslo (Norway). He is currently Professor of Sociology at the University of Tasmania, whose research interests span the urban studies and city cultures; contemporary art and city life; art museums and art publics; the contemporary social bond; loneliness and contemporary life; human relations with non-humans; the sociology of travel and tourism; material cultures. He is currently leading the ARC funded project ‘Creating the Bilbao Effect: MONA and the Social and Cultural Coordinates of Urban Regeneration Through Arts Tourism.’

In 2008, Jamie won a by-election held to replace the retiring Alexander Downer in the federal seat of Mayo.

In Opposition, Jamie was promoted to the shadow front bench and following the 2013 election, Jamie was appointed as the Assistant Minister for Infrastructure and Regional Development in the Abbott Ministry.

In this role, Jamie was integral in the development of the Coalition Government’s $50 billion infrastructure program, the largest in the nation’s history, including the delivery of major projects including the North-South Corridor in SA, WestConnex and NorthConnex in Sydney, the Perth Freight Link and the Gateway Upgrade North in Brisbane.

In 2015, Prime Minister Malcolm Turnbull appointed Jamie as Minister for Cities and the Built Environment to develop a new Australian Government agenda for our cities, a position that the Prime Minister has described as a key priority for his government.

In this new role, Jamie will be working with state and territory governments, local governments and urban communities to deliver livable, efficient, productive cities and promote housing accessibility.

After spending his youth in Mildura, Jamie now lives in Aldgate with his wife, Estée, and their three children Elka, Henry and Scarlett. Recreationally, he enjoys playing and watching sports, running and reading.

Jamie studied a Bachelor of Management at the University of South Australia. He has since undertaken post graduate studies in international relations.

Before coming to Australia, Tim was recognised as one of the UK’s thought-leaders in urban regeneration and economic development for his role in developing East London as CEO of the Thames Gateway London Partnership, where he helped secure the Olympics for Stratford. He has also served as a special advisor on urban development, governance, city strategy and planning to 5 successive UK cabinet ministers, and to the Mayor of London.

He was a founding associate member of Tony Blair’s Prime Minister’s Delivery Unit and was MD of Navigant Consulting’s public services team in London.

Jackie Trad was elected as the Member for South Brisbane to the Queensland Parliament on 28 April 2012.

With a Bachelor of Arts from Griffith University and a Masters of Public Policy from the University of Sydney, Jackie has always been interested in how public policy shapes and forms our cities, our communities and ultimately our lives.

The influences of economics and politics on public decision-making and policy development, together with a genuine love of her community, drew her to a career in politics.

Jackie is a second generation Lebanese migrant who grew up in a small business family on the inner-Southside of Brisbane. Jackie and her husband Damien live in West End where they are raising their two young sons.

Greg Chemello has 30 years of experience in the property and development sectors and has held senior professional, management and leadership roles with both property asset owners and advisory / consulting businesses and organisations.

With qualifications in town planning, environmental science and business management, Greg has undertaken the roles of Development Manager, Project Manager and Design Manager on an extensive range of private and public sector development projects across the civic, sport / leisure / entertainment, residential, retail, commercial and industrial sectors.

Until recently, Greg was Deputy Director-General, Planning within the then DSDIP and now DILGP. For two and a half years, Greg led the planning reform program including establishment of the single State Planning Policy, the State Assessment and Referral Agency (SARA) and the new planning bills, regulation and statutory guidelines to replace the current Sustainable Planning Act. 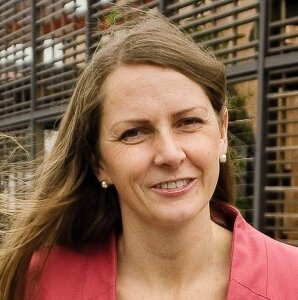 Kirsty is the Chief Executive Officer of Australia’s peak professional urban and regional planning body, the Planning Institute of Australia. An experienced Certified Practising Planner, she has served the PIA in various capacities throughout her career including 4 years on the PIA Board of Directors. She has also operated in private consulting, state government and local government in South Australia and in the Northern Territory, working for key organisations known for their leading practice in the industry.

She is a strong advocate for the role planning plays in creating sustainable, healthy and productive communities of lasting value. Kirsty is on the Australian Sustainable Built Environment Council, and is an active contributor on behalf of PIA in various industry collaborations including the Urban Coalition, the Healthy Spaces & Places Coalition and the Moving People Taskforce.

Dedicated to the contribution to society of the third sector, Kirsty is on the Board of Directors of the Australasian Society of Association Executives.